Luisa Dörr has a keen eye to capture little stories and make them big. Shooting some of the world’s most influential women such as Aretha Franklin, Serena Williams or Hillary Clinton for the cover of Time Magazine was a pleasant shock for everyone – all of these powerful women included – mainly because she did it with just an iPhone, proving that “we all have tools in our pocket” to express our vision.

Luisa Dörr (1988) was born in Lajeado, Brazil. She remembers always carrying a camera with her since she was a kid, and after graduating from graphic design and gaining some experience in different cultural production companies, she finally found in photojournalism a way to understand other cultures and empathise with social problems.

We still remember Maysa with this blue dress and dark eyes dreaming of becoming Young Miss Brazil. What happened there was very discriminatory as she won the title of Young Miss São Paulo Black Beauty instead of the regular competition. In Luisa Dörr’s reflection about racism, we can’t help but think that despite being in 2020, we are still dealing with old social issues today. “Race, gender, culture or underrepresented communities. The stories are always the same. What makes the difference is your vision of it,” Luisa explains.

She knows how to combine historical themes with modernity, making a juxtaposition of modern Brazil and the transition from historic to pop culture in a completely new interpretation of other cultures – not only from Brazil but also from around the world, like this series of falleras valencianas of different ethnicities dressed in the typical folkloric costume.

Her work has been recently featured as part of the Latin American Photo Festivalwith a series about the growing wave of women participating in Brazilian cowboy culture, something they had been excluded from until now. This project works around the undergoing syncretic process of cultural assimilation between the North American cowboy culture and the Brazilian one, as she explains us in this conversation.

When did you discover photography? Was there any trigger in your life that led you to photojournalism?

I got my first camera when I was five, so I don’t even remember… I always carried a camera and photographed everything. I feel like it was always part of me. When I finished high school, I started to study graphic design – it was the closest course related to photography in my village. I wasn’t really happy though. My aunt invited me to work in her studio and I started retouching her images. Later, I worked in an advertising studio in Porto Alegre.

While I was working in this studio, I started studying photography. After I graduated, I moved to São Paulo and started working as a cultural producer. I promoted exhibitions, photo books, events related to photography, etc. These experiences gave me the impulse that I needed to start heading into photojournalism, which was something I was already interested in, but the events in the studio gave me what I needed to start freelancing in this area.

Photography sometimes is another way to claim, report or give visibility to these marginal problems. What does photography mean to you?
I think it allows you to be more emphatic with society’s problems. With photography you can travel around the world and understand more about other cultures, and you understand them not only with your eyes but also through personal experience. Focusing on the micro you can reflect the macro. It’s important to report  ‘big news,’ but in my way of working, it’s even more effective when it comes from the micro. There are many meanings to photography. When focusing on a little story, you can also talk about something big.

Your photography work focuses on the genre of portraiture. This discipline is traditionally one of the most challenging when it comes to reflecting/conveying emotions and expressions. Which part of human nature do you like to expose or show us?

I feel comfortable doing portraits. There are so many factors to creating a nice portrait. When I’m photographing someone, I just think of making the best for me as well as for the other person. I want to make them feel comfortable. I think my portraits are recognizable because they are simple. When I make a portrait I don’t try to show only a certain aspect, I try to show a whole, and it changes according to who I’m photographing.

You take most of your pictures with an iPhone. One of your most recognized series is Firsts, with twelve covers for Time magazine, about women who are changing the world. Did they get surprised when you took their cover pictures with a smartphone?

Yes, they were shocked! Photographing a celebrity with an iPhone and doing the same with someone on the street is totally different. In the beginning, portraying these women was difficult, but with time, after I already had a couple of portraits, they started believing that it was possible. We need to understand that we are talking about a tool that everyone has in their pocket, but in the end, it’s a camera as well.

Do you find any limitations? Why don’t you use a professional camera? Is this more natural or spontaneous?

Of course the iPhone has some limitations because you usually work with natural light. But if you have limitations, you overcome them and have excellent outcomes. I just bought a medium format camera – it was my dream. Before each assignment, I choose what the best tool is. Sometimes people don’t take you seriously when you are shooting with an iPhone. Other times, they are intimidated when they see a huge camera. And sometimes, I can mix both. Tools are just the mediator; they help in the process, but they don’t create.

Serena Williams, Aretha Franklin, Oprah Winfrey or Hillary Clinton were some of the women you captured for Time magazine. Did they inspire you? Since female roles are the heart of your work, what kind of women inspire you?

I grew up listening to Aretha Franklin. I had a short story with her. She completely ignored me during the two-minutes photoshoot, but after the interview, she gave Time magazine a private concert in the Church she had started singing when she was a child. I don’t even have words to describe what it was to see Aretha singing in front of my eyes. After she heard the recording, she started crying and left.  She is not here anymore, but we are going to listen to her forever.

Another story is Hillary’s photoshoot. We tried the whole year to get a photograph but it was impossible because she was in campaign. But the week we launched the teaser, she accepted. We photographed her in a hotel – she was in a really good mood. She was telling stories about her vacation with her husband, and her book. She gave us plenty of time. I got eight minutes, which is a lot for a president. I couldn’t imagine having all this time and sympathy during election time. So, again, making a good portrait is all about summing up different aspects (the light, the time, the environment, the mood…). In the end, it’s real life.

There is another series of yours about Spain’s falleras valencianas, which was nominated by World Press Photo. It was a bit shocking to see these women from different ages, backgrounds and ethnicities (from Vietnam to Ethiopia) dressed in the traditional fallera costume. How did you discover this ‘fallera world’ so anchored in Spanish tradition? What was your proposal in this series?

I was visiting my husband’s family in Spain. I came across the falleras when I was having a coffee in a bar. I immediately fell in love with their dresses, their culture. I decided to tell this story for myself. I could see that there was a shift in the culture because of immigration (adopted Ethiopian and Vietnamese girls) and you could find people from other nationalities participating in this specific culture.
The falleras traditionally work in a rice field in Valencia. I looked for references in paintings, and that’s how the inspiration for the background came about. The proposal is about trying to show how cultures are developing and how the immigration issue is working at the moment in Spain, but in a more positive way.

We’ve seen your work featured recently at the Latin American Foto Festival with a series of cowboy women.  We find here another theme about female exclusion, in this case, from Brazil’s cowboy tradition. Is it easy for you to combine historic themes with modernity?

Historically, like in other countries, women have been largely excluded from Brazil’s cowboy culture. But in recent years, women are on a winning streak whether as rodeo pageant beauty queens, horse-riding champions or platinum-selling country music stars. Even though it’s men who are in the spotlight, women who are entrenched in this culture stand out the most. They are part of a growing wave of women taking over the reins of Brazil’s world of rodeo.

This work is a portrait of the juxtapositions of modern Brazil, the transition from historical tradition to pop culture and, ultimately, it’s a world that few people know. I wouldn’t say it’s easy, but I think the approach of showing individual stories can bring a modern layout to historic themes in an interesting way.
How has the coronavirus pandemic affected your work? Did you feel more creative or productive? Are you working on new projects at the moment?
Since I was not able to travel, I was not doing assignments, which changed my focus to enjoy my family and my house. Before that, I was always thinking about my next trip. I think it also helped in creativity because it is important to have a break sometimes, and I could do different things and get inspired by those things. I wasn’t really working but I was gathering content for new projects.

I recently did two trips in Brazil, and I need to confess that it was very good to travel again, talk to people and do my work. I’m working in a long-term project called In the American South. We want to document the women in agribusiness, the role of women in rodeos, and ‘feminejo’ – a musical movement where women talk about daily issues such as relationships, money, and independence. It is a female empowering movement. It’s a complex theme, and I’m just in the early stages of it. The goal is to make my first photo book and a short documentary. 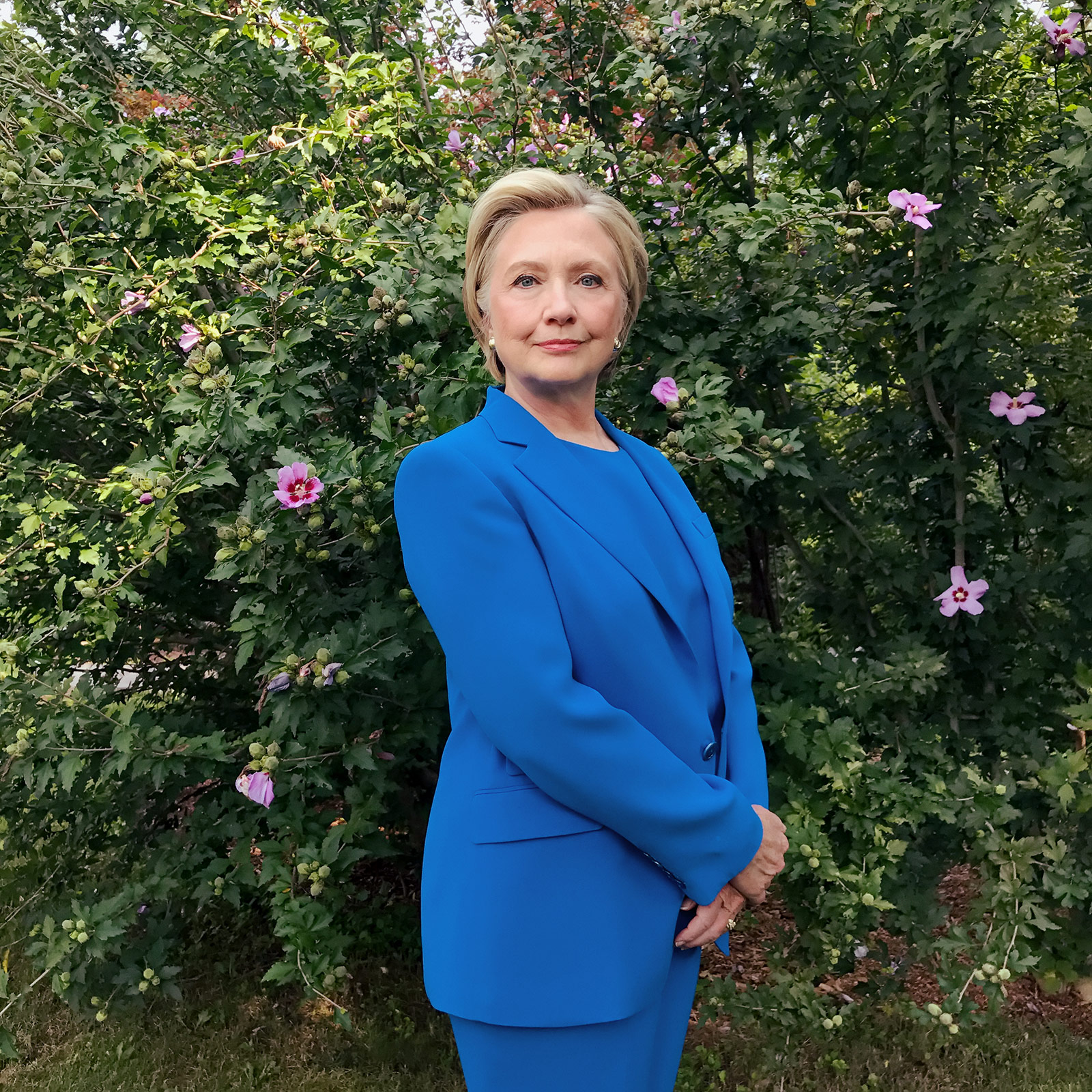 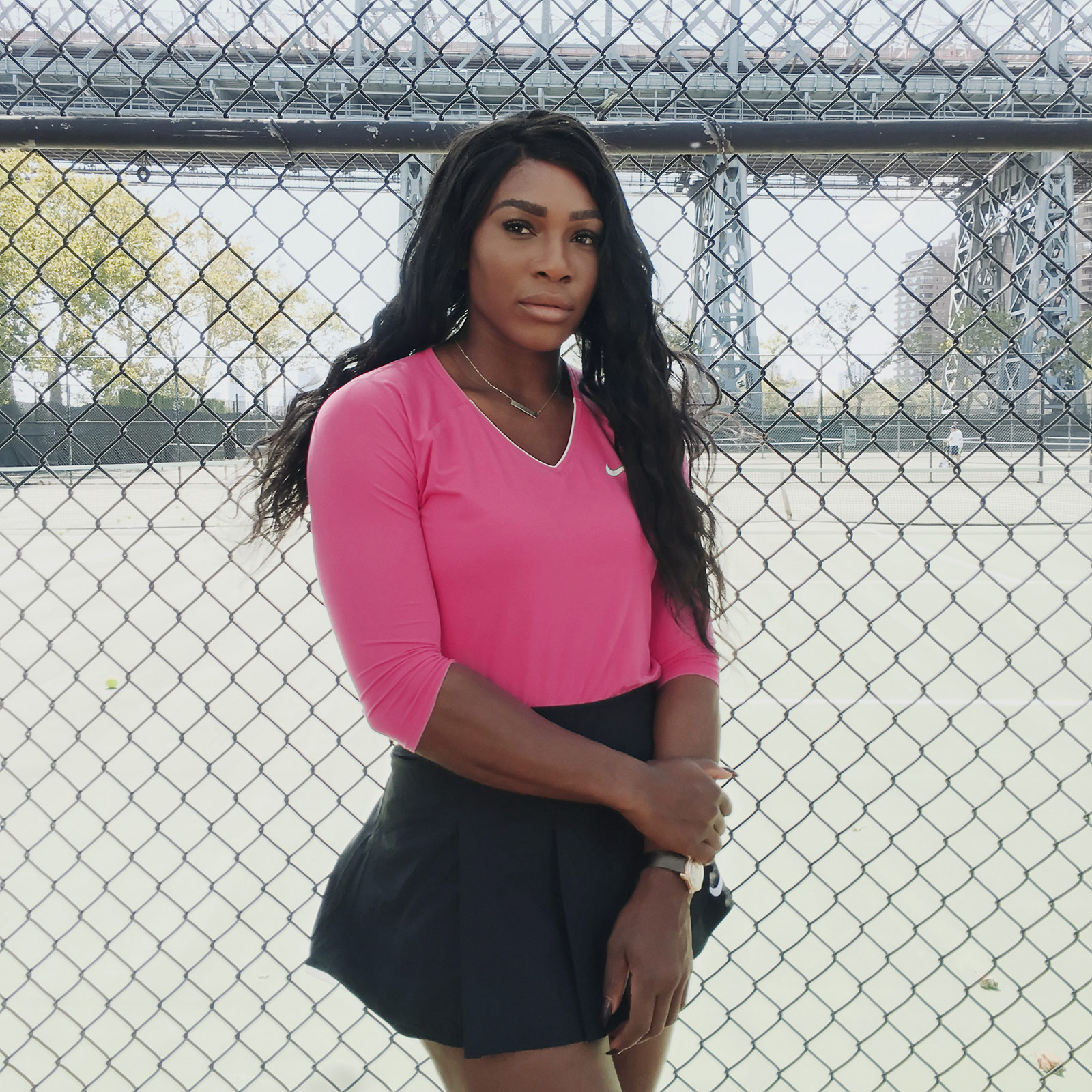 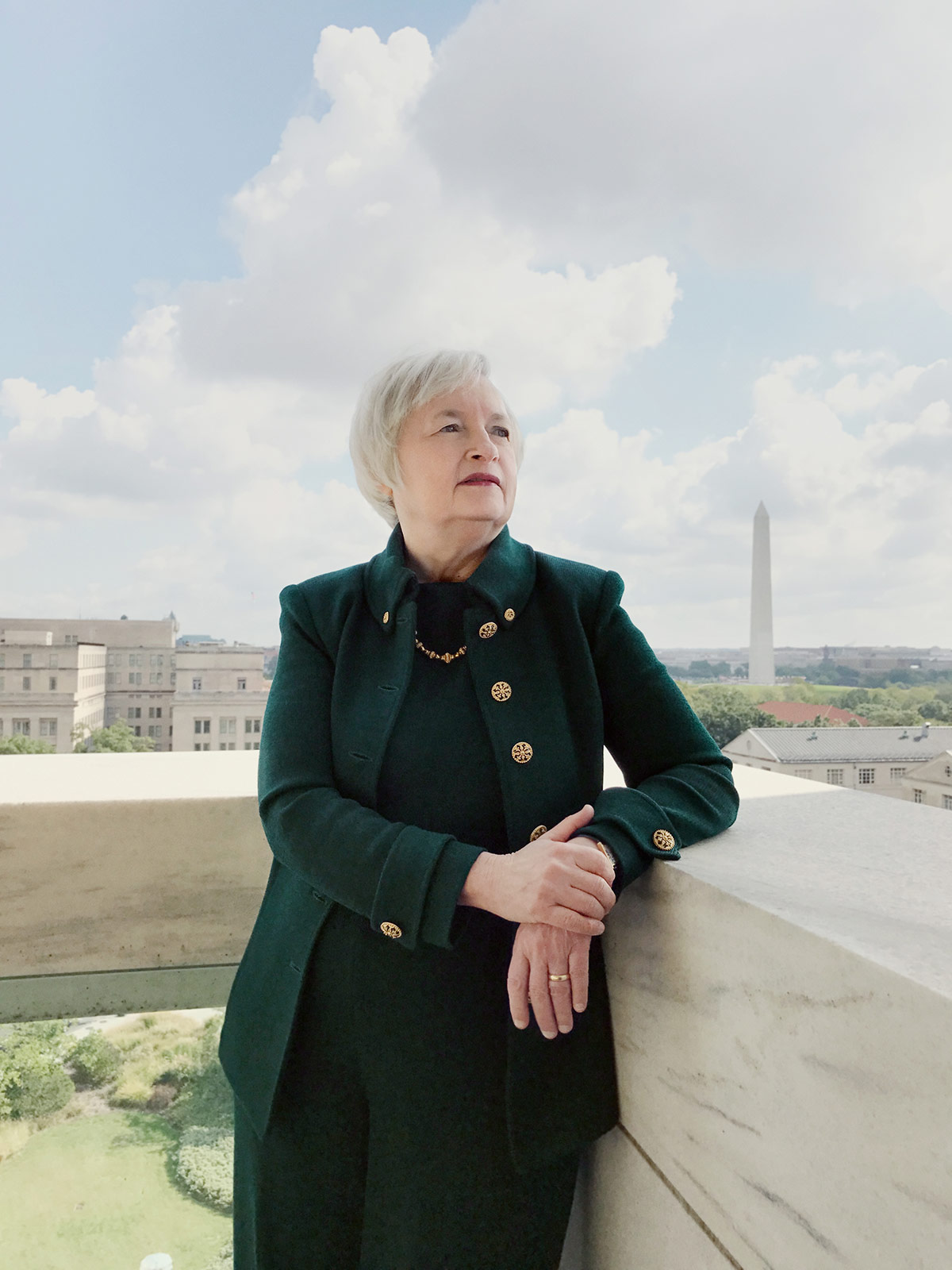 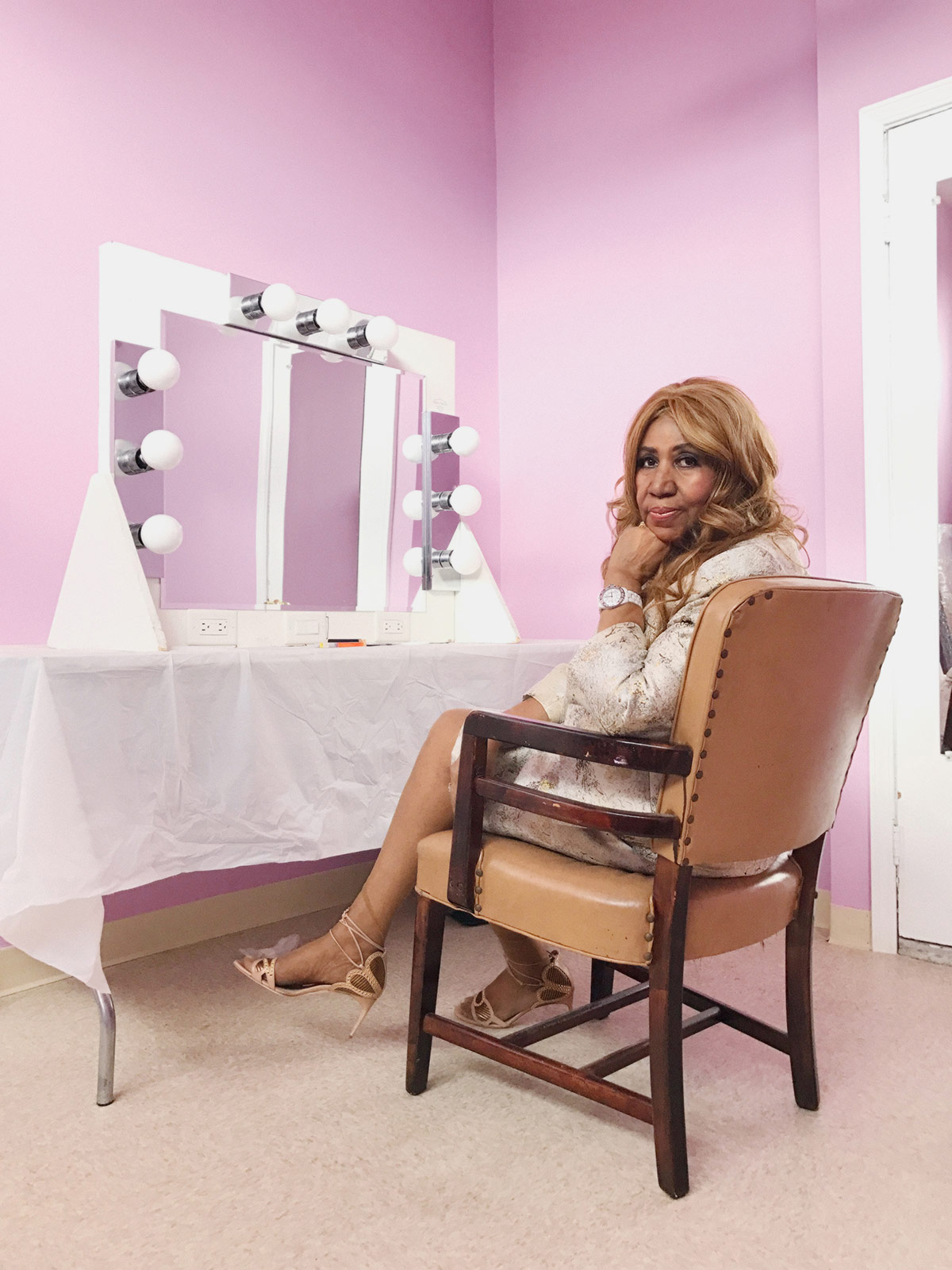